When Should My Child See an Orthodontist? 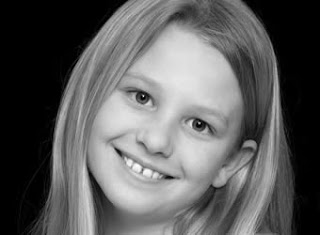 Have you noticed more young kids with braces on these days? Why so young? Don’t they still have baby teeth? When should I take my child to see the orthodontist for the first time?

According to the American Association of Orthodontists, the best age for children to be seen by an orthodontist for the first time is 7. Why age 7? What can be done at that age? As you might guess, not every orthodontic problem can be treated at age 7. Surprisingly however, most problems can be identified by that age. Here are a few things that I’ll look for at your child’s first visit.

Tooth Loss and Eruption: Teeth are lost in a fairly specific order. Deviations from this pattern may indicate that a child has developmental issues that need attention. Between the ages of 6 and 8, it is normal for a child to lose his first eight primary teeth. Ideally these eight primary incisors are replaced immediately by eight permanent incisors. It is also normal for the child’s first four permanent molars to emerge at age 6 (hence the name “6-year molars”). By age 7, children should have at least four permanent molars and four permanent incisors. If there are more or less teeth than this, there may be problems with crowding, missing, or extra teeth. Sometimes removing a primary tooth early or maintaining a space where a tooth has been lost prematurely can prevent bigger problems later on.

Crowding and Spacing: By age 7 it is possible to tell if a child has a problem with excessive crowding or spacing. Spacing may mean that a baby tooth has been lost prematurely, a tooth never developed, or that the teeth are just too small. Crowding may require that the arches be expanded or that teeth be removed to help improve the situation.

Alignment: Although teeth can be aligned at an older age, crooked teeth are more susceptible to uneven wear or damage due to trauma, and the shape and position of the overlying gum tissues can be compromised. Crooked teeth can also have social implications that if dealt with at an early age ( 7 or 8 ) will have less impact on a child’s self-esteem.

Protrusive Front Teeth: As mentioned earlier, by age 7 it is obvious if the front teeth stick out farther than is safe or attractive. Although I know that I cannot permanently correct overbites before growth has finished, I can help reduce the severity of the problem and make things easier for young patients both dentally and socially while waiting for growth to be complete.

Underbites: Although it is best to wait to finish treatment in patients with underbites until they have finished growing (usually ages 16 through 18), it is important to try and normalize the anterior bite as early as possible to eliminate bite shifting and damage to the front teeth due to traumatic occlusion. If I notice an anterior underbite at age 7, I will recommend trying to at least “jump the bite” at that age even though definitive correction may not be accomplished until later in their teenage years.

Posterior Crossbites: Not only do posterior crossbites create crowding, they may also cause the jaw to shift laterally (to one side or the other). Expanding the upper jaw at age 7 can reduce the crowding and create the space necessary for the eruption of the anteriors as well as eliminate any shifting that may be present due to a constricted upper arch. It is also likely that the jaw shift will create a skeletal growth asymmetry so it is important to eliminate the sideways or forward shift as early as possible.

Anterior Openbites and Deepbites: By age 7 it is possible to detect vertical problems with the bite. Bites that are too deep (where the top teeth completely cover the bottom ones when biting) may indicate that the patient has a small lower jaw. Bites that don’t overlap enough (openbites) may signal that there is a finger or tongue habit that may be causing dental problems. I like to eliminate these destructive habits early so that normal development can occur.


I recommend screening ALL young patients at age 7 so that these and other conditions can be identified and corrected as early as possible. Although some may be able to wait until all the permanent teeth are in, interceptive treatment can make the final results faster, better, and give your children an additional three to four years of having a great smile at an age when their self-image is developing. If you have a child who is 7 or older, why not set up a screening with an orthodontist today?
Posted by JarrellOrthodontics at 9:22 PM No comments: